Perrys of Eccleshall has been serving the people of Staffordshire since 1927. Its current owner is Master Butcher Stephen Hill. His insistence on only using meat from within 5 miles of the shop, and his mastery of traditional techniques, saw Perrys awarded the Countryside Alliance’s Best Butcher award in 2017 and 2018. 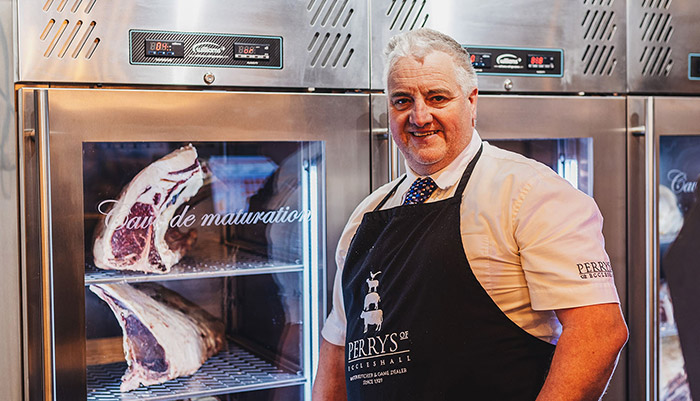 Meat ageing, storing meat at the right temperature and humidity to tenderise and improve the flavour, is one of his specialities. It requires deep knowledge of the product as well as the right equipment. “It’s definitely somewhere between an art and a science,” says Stephen. “You need to make sure you’ve got the conditions right, and those can change daily.”

In June 2019 Stephen invested in a Williams meat ageing refrigerator, and it has been such a success that he recently added three more. “Our aged beef has been such a hit with customers we need much more capacity to keep up with demand, as well as providing room for other meats too,” says Stephen. “For example, as a result of the flavour of the aged meat, we sold 50% more rib of beef at Christmas. It’s profitable, too – we can add £5 per kilo on retail sales.” 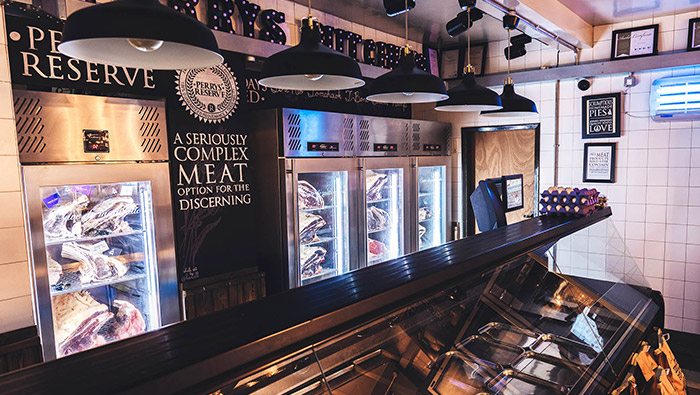 The ideal conditions for meat ageing…

Maturing meat in a standard fridge causes problems. “The taste can be tainted and you have to trim the meat. You can lose a lot in wastage,” says Stephen. Williams’ Meat Ageing Refrigerator operates at the ideal temperature range of +1 to +4°C, and provides humidity between 60-85%, ensuring that meat ages perfectly. Himalayan salt blocks are used to assist with moisture management and also help the flavour. Constructed from robust stainless steel, the cabinet is able to operate in environments of up to 43°C. The interior is brightly lit with energy saving LEDs, making it perfect for front of house display. 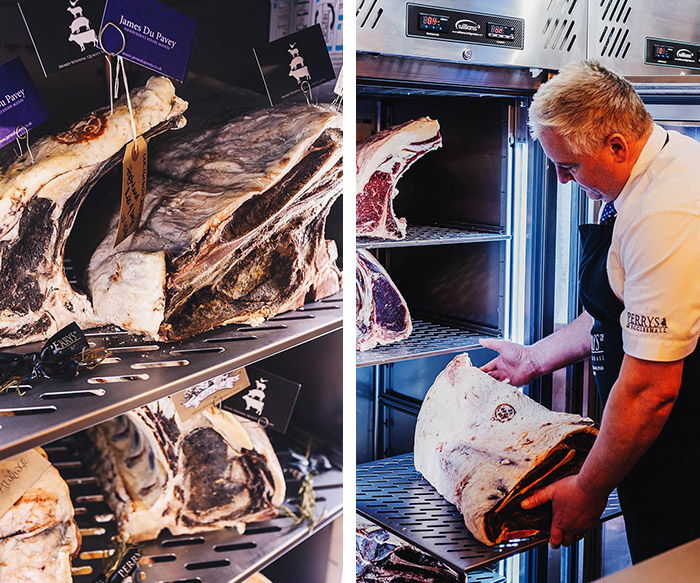 Perrys now rents out space to customers looking to age their own produce. “That’s been a fun experience, customers love coming in and tracking the progress of their meat,” says Stephen. “As soon as we got the first cabinet we had enquiries from customers asking if they could rent space in our cabinet, and it’s always good to offer your customers more services” 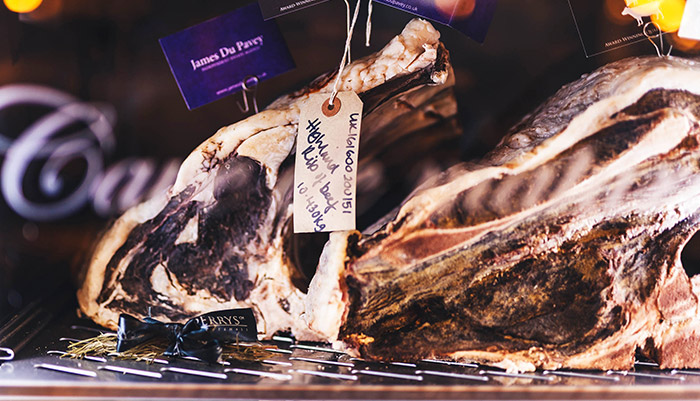 Four cabinets allow Perrys to increase sales of its award-winning beef, but they are also experimenting with other meat products. “We’re currently ageing 24 ribs of beef, but we’re experimenting with venison as it can be aged next to beef. Venison has a tendency to dry out when it’s aged, but it keeps beautifully in the Meat Ageing Refrigerator, and when it’s cooked there’s a significant improvement in the meat’s flavour, texture and eating quality.

“We used to struggle to sell venison saddles, predominantly selling shoulder for casserole and trim for burgers and the like. But with saddles going into the ageing fridge we can make venison wellington, which we’ve had great success with.

“We’re also planning on geese and duck for Christmas, and then in the New Year we’ll be able to start working with pork and lamb, as they need to be kept apart from beef.”

“Our aged beef has been such a hit with customers we need much more capacity to keep up with demand,” STEPHEN HILL

Goose was what Stephen dry aged for his appearance on the popular Great British Menu TV show. “Goose meat ages amazingly in the cabinets – we mature it for 28 days. It absorbs all the flavour from the fat and is incredibly tender. After Niall Keating won the Great British Menu banquet with our goose, we’ve had a lot of interest from customers about it, so we’ve certainly been making use of our increased capacity.” 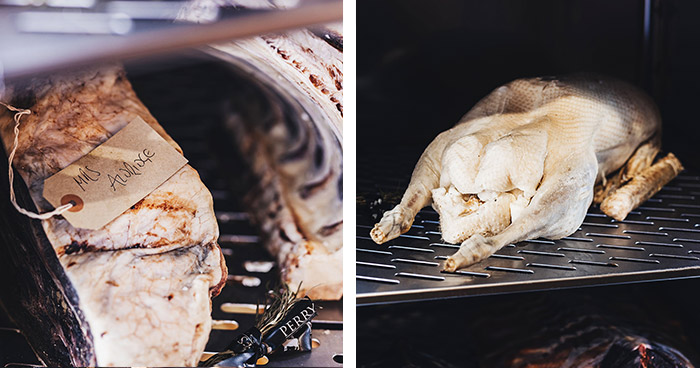 Keeping both temperature and humidity consistent is vital to the process. “Williams’ cabinets are excellent at that,” says Stephen. “We’ve aged meat up to nine months and the weight loss isn’t noticeably different from four months. We could probably go longer, but we keep having to sell it!”

“A six-bone fore rib of beef that’s been aged about 28 days can go for about £75-80, after four months you’re looking at £130,” says Stephen. “You lose about 5% of the volume in the drying process but the extra flavour more than makes up for it.”

Perrys has also been using the cabinets to cure products like Chorizo. “It’s a bit experimental at the moment, but we’ve already got some great results out of it. It’s not so much ageing as drying the product, beginning the process by filling a casing or skin with a starter culture, seasoning and meat, then reducing the moisture and pH levels. The Williams fridge helps the process by keeping the conditions absolutely stable.”

Williams products have impressed Stephen so much that he also recently added a blast chiller (WBCF40) to Perrys range of equipment. “We use that to quickly cool down our cooked products,” he says. “Scotch eggs, pork pies, cooked hams – the blast chiller works by cooling the product very quickly, getting it down to 3°C without compromising on quality. If you cool things down the wrong way they can go crusty and bad, but the Williams gives us great, consistent results.”

Perrys also runs Field to Fork, an Artisan Butchers and Cookery School, which is sited behind the shop. “One of our big focuses is on increasing knowledge of quality meat,” says Stephen. “We have seen significant changes in people’s understanding of meat, customers who have been on courses go on to shop for matured meat. Being able to spread the knowledge about the techniques of dry ageing meat, and the different cuts and techniques it opens up, is very exciting for us!” 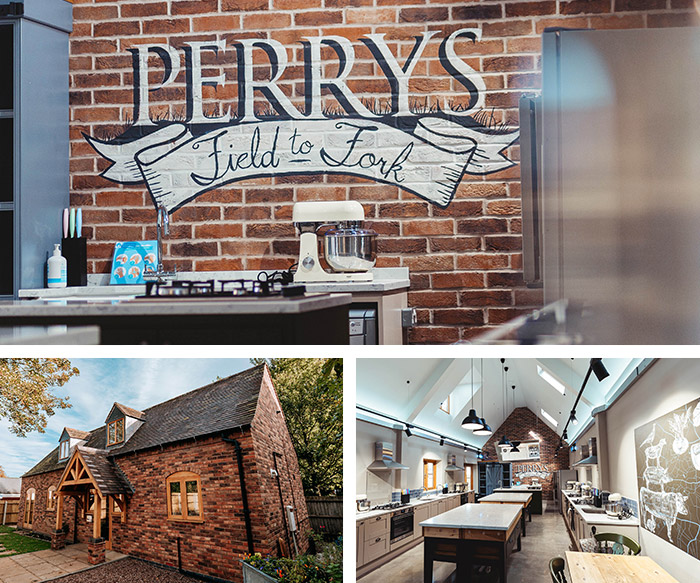 Stephen is under no doubt about the effect Williams equipment has had on his business. “Dry ageing meat can be a complex procedure, but Williams’ equipment takes a lot of the guesswork out of the process. It’s easy to make top quality aged meat, that tastes amazing and customers love.”